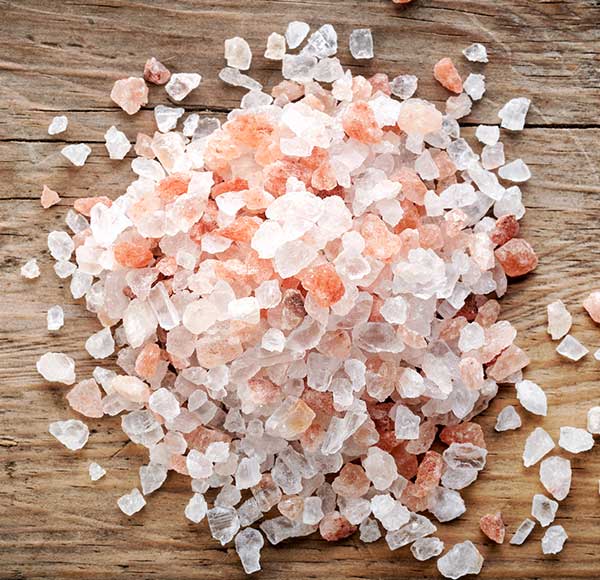 Sodium, commonly known as salt, is often added to food for flavour – either by the chef, manufacturer or the consumer. These days there are many types of salt available in supermarkets, including rock salt, sea salt, iodised salt and pink salt. However, it’s important to remember that overconsumption of salt is unhealthy, regardless of the type of salt or the claimed nutritional benefits of certain salts.

Salt, which is made up from sodium and chloride, is the main source of sodium in the diet. One gram of sodium chloride (salt) contains 390mg (17mmol) of sodium. Other common dietary sources of sodium, that may be listed on food labels are sodium bicarbonate, monosodium glutamate and other food additives.

Why do our bodies need sodium?

Sodium is required to help regulate fluid levels in the body. The majority of ingested sodium chloride is excreted in the urine, provided that sweating is not excessive. Physical activity can potentially affect the sodium chloride balance in the body, mostly from increased losses in sweat.

What are the recommendations for sodium intake?

The Australian Dietary Guidelines recommend that we limit the intake of foods containing saturated fat, added salt, added sugars and alcohol. The average Australian adult currently consumes too much sodium for good health – almost double the current consumption recommendation which is 2,000mg of sodium per day (for people aged over 18 years).

When using nutrition information on packaged foods, aim for products with 400mg or less per 100g of sodium. Products with less than 120mg sodium per 100g are the healthiest choice.

What happens if we consume too much or too little sodium?

The kidneys are the main regulators of sodium in the body. Too much sodium can cause high blood pressure and other health conditions but if sodium levels in the body drop too low (not normally related to dietary factors), it can be dangerous if not treated.